Students from Knox County were among nearly 500 students and 49 teams that the FIRST LEGO Robotics competition held on the campus of Northern Kentucky University on February 1.   Knox teams, having qualified at the regional event, made their way to the state event having practiced and prepared for the challenges they would face.

The competition includes a two-part challenge based upon a real-world scientific topic. This year’s theme—City Shapers— challenged teams to create a stronger, more sustainable future by empowering the places we call home to reach new heights.

“The competition takes a lot of preparation and time outside of school to prepare for,” said Travis Mills, the sponsor for Knox County Middle’s team.

The task was to program an autonomous robot to score points on a themed playing field that will develop a solution to a problem they have identified.

“This is only the second time in eight years that Knox County Middle School has won a judging award at the state competition,” said Mills.

This is the second year that Amanda Mullins has coached the Girdler Elementary team, and in that time she is impressed with the growth the students have shown.

“I am so proud of my students. They never gave up and encouraged each other,” said Mullins.

“Not only that, they encouraged other teams at the state competition. They came in as an alternate team and fought hard. They didn’t let that discourage them and it paid off.”

The Knox County Public Schools boasts one of the largest FIRST LEGO League programs in Kentucky.  KCPS had eleven teams to compete earlier this year at the regional event. 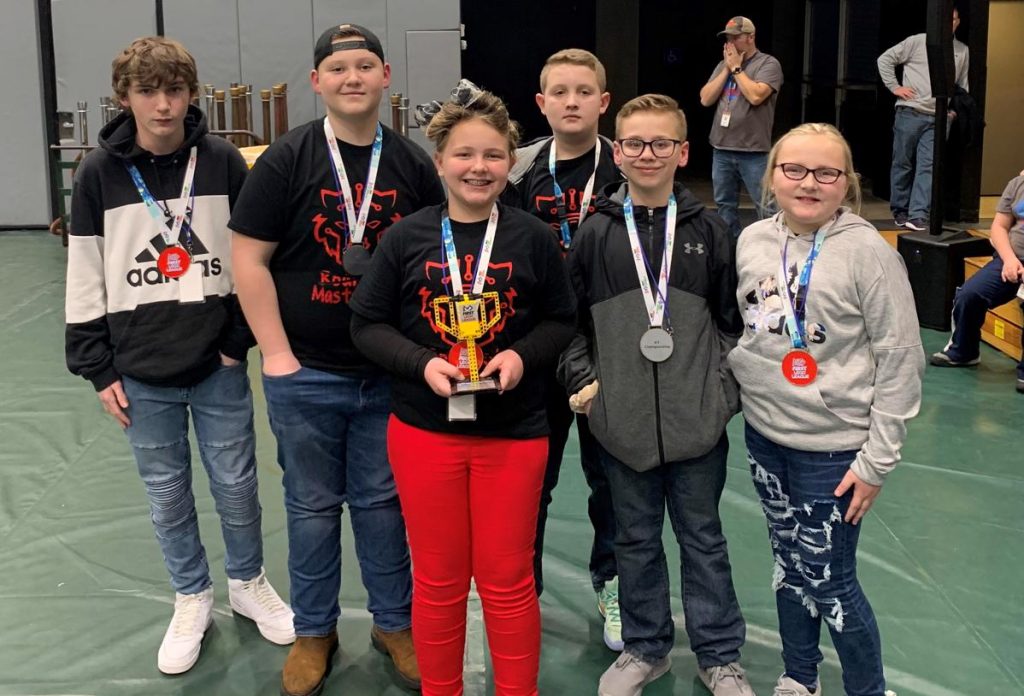