Students participating in Girdler Elementary’s Student Technology Leadership Program (STLP) are dabbling into a little of everything according to sponsor Bethany Mills.  On February 13, the students went behind the scenes and on set at Kentucky Educational Television (KET).

According to Mills, the students have been learning a lot of the basic skills right inside the classroom.  “Green screen filming, video editing, music creation and graphic design using Adobe programs,” said Mills are some of the technology tools and techniques students have experienced.  During their trip to KET, they had an opportunity to sit in the seat of directors and editors and stand on KET’s green screen stage.

“KET was an awesome experience because they had access to a more complex video editor,” said Mills. “They were guided through steps KET editors use and even got to play with clips from KET’s NewsQuiz which they watch in the library at school a lot.”

The editing skills they learned at KET will come in handy as the student group is working on a PSA video about online safety and currently working on a production now called “The Ghost of Girdler”.   “I let them come up with the idea and plot and everything on their own with that one”, said Mills. “They’ve come up with some cool stuff like effects for it and everything.”

Berea College’s Partners for Education programs in Knox County helped fund much of the equipment and the trip to KET for the STLP group.  “They were also pretty happy to eat Olive Garden afterward,” Mills added.

The STLP group looks to make a name for themselves and earn awards in the near future.  STLP clubs around Kentucky compete in regional and state competitions in events ranging from community service, design, and networking.  “We went to regionals as an observer this year to get an idea of how the competition works”, said Mills. “I think they have some ideas in their head to compete next year.”

View photos from the STLP club’s trip to KET in the kcps.photos gallery. 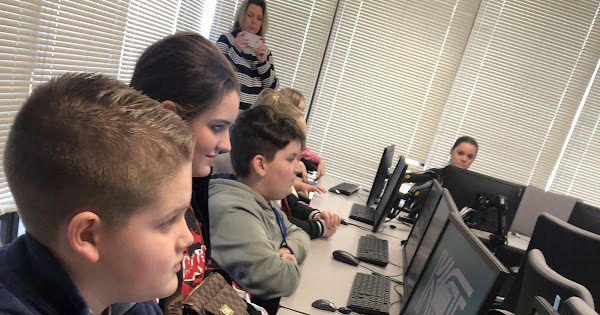