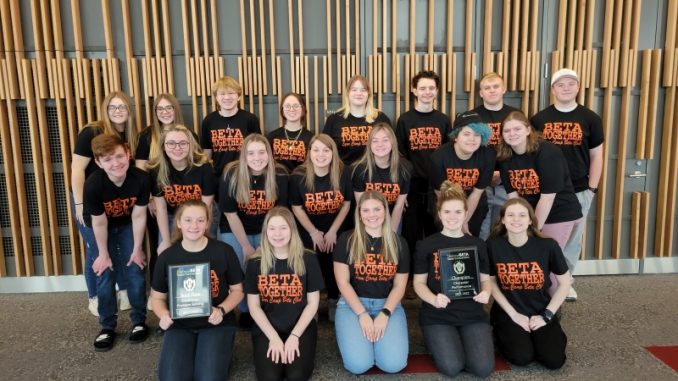 Lynn Camp Beta Club has once again placed at the top in the state and has qualified to compete at the national competition.

The Beta Club attended the Kentucky convention in Louisville on January 9-11 to compete in a variety of academic and artist competitions.

The school’s Freshmen Problem Solving Team placed third in their competition. The members of that group include Cambree Prewitt, Linda Shepherd, Rachel Hendrickson, and Charity Steele.

All students have been invited to compete at the National Beta Convention to be held in July at Opryland in Nashville, Tennessee.  Their sponsors are Brooke Williamson and Heidi Suttle.