The November 25, 2019 meeting of the Knox County Board of Education was held at Lynn Camp Middle/High School.

Arabella Pennington opened the meeting by singing the National Anthem.  During the past weekend, she sang for the KAPOS cheerleading competition.   The Lynn Camp kindergarten class led the Board in reciting the Pledge of Allegiance.  Each student was treated to pizza by Board member Carrie Runyon Smith and was given an American coloring book and storybook by Board members Jimmy Hendrickson and Charles Merida.

Although the transition to winter sports is underway, the Board formally recognized the district champion middle and high school softball teams at Lynn Camp.  It was noted that the middle school team will be a great feeder to the high school, already winning at the district level.  Coach Nikki Hendrix spoke on behalf of all coaches and introduced the players and commended them for their performance on the field.

The Kentucky High School Athletic Association named Julia Shepherd the Female Athlete of the Year for archery.  Coach Jonathan Stephens spoke of Julia’s commitment to excellence, having high expectations for herself and always aiming for first place.

A national trip to the Beta Club convention in Oklahoma earned high school students the spotlight during the meeting.  The students, under direction of Brooke Williamson, competed in character skits and media arts at the event.  The Board recognized their participation at the national level during the meeting.

Berea Partners for Education’s Promise Neighborhood joined the Board in issuing a joint proclamation declaring the previous week, and the month of November, as Family Engagement Week.  During the reading of the proclamation, Superintendent Sprinkles encouraged family engagement not to be a one week or one month activity, rather the exception for all families on a daily basis.  Later, Frank Shelton, communications director, invited families to get involved in Promise Neighborhood activities that he said was “fun and educational for the student and equally as fun for the adults.”  Carla Jordan, the coordinator for Knox County’s Promise Neighborhood, also co-signed the proclamation with the Board.

Architect Scott Noel provided the Board with updates on facility projects that are forthcoming including tennis courts at Lay Elementary, greenhouse repairs at Lynn Camp High, and HVAC unit replacement at Lynn Camp.  Meanwhile, Amanda Gardner, project manager for Trane, said that they are wrapping up their project in Knox County with only five items remaining to be finished. Miscellaneous light replacements and vendor part replacements made up four items.  The last item is setting up controls to manage lightning systems electronically, replacing the former method of timers.  She said that she would be working with technology the following week to set up those controls.

Matt Shackleford, representing Cloyd and Associates, PSC presented the annual financial audit report to the Board.  Shackleford expressed his appreciation to the district finance team for having everything prepared for their arrival.  The minor findings that will be in the management letter to the Board, is more careful controls at the school level for donations, purchasing, and booster clubs.  Otherwise, as a district, the fund balances and reports of revenue and expenditures were correctly reported and in line with federal requirements.  The Board later accepted the financial audit as presented in their action items.

Principal Anthony Pennington presented the Board with the first of a series of Principal Reports that will occur in the next several months.  Superintendent Sprinkles introduced the concept of the reports during the October meeting stating that it will be a time that our principals get to focus on their plans for continuous improvement – how they are closing the achievement gap and increasing student performance.

During his presentation for Lynn Camp Schools, Principal Pennington noted initiatives such as Kagan training to help teachers engage their students in the classroom are a high priority for the year ahead.  The administration has been trained on what to look for in an engaged classroom which will better help them provide support and feedback to teachers.  Other items noted by Pennington included scrimmage testing, programs such as MasteryPrep and CERT that mirror national exams, and increased intervention time as methods of improving student performance. 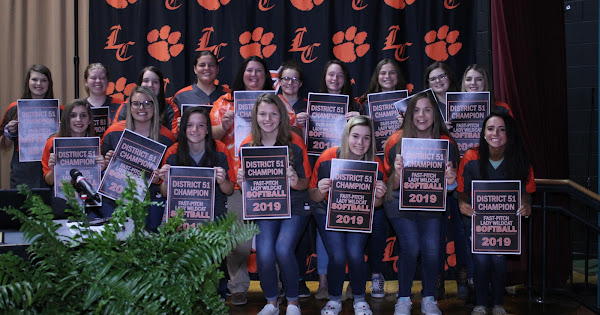 School facilities were the theme for the meeting as the first action items were to advertise for bids mowing and chemical services for the upcoming calendar year.  Bid packets are available for pickup at the Board of Education office.

The Board approved a revised BG (Buildings and Grounds) application for KDE approval for HVAC unit replacement at Lynn Camp Middle/High.  A pay application was approved for Trane as they finish their work in the district.  Discussion occurred with plans to submit a BG-1 for a new or renovated greenhouse at Lynn Camp.  Vice-Chairman Charles Merida reminded Board members of other facility needs in the district including pump station repair at Lynn Camp and G.R. Hampton.  With the funding for these projects coming out of the general fund, he cautioned that the Board needs to prioritize as quotes and bids come in.  Superintendent Sprinkles and Scott Noel said that the timeline for submitting the BG-1 to begin the greenhouse project and current inspections on the pump repairs will not delay either project.  After the BG-1 is approved and bids can be obtained on the greenhouse needs, the needs of the pump system will be known.

In other business, the Board selected Kevin Hinkle to serve as their representative on the District’s Comprehensive District Improvement Plan.  A meeting will be held in early December to review the proposed strategies and activities that will be the focus of the district in the year ahead.  The Board approved changing a part-time fixed asset position that was created in October to a stipend position to allow an existing employee to perform the work after hours which would save the district money on salary.  Out of state trips for Knox Central’s Senior Trip to New York and Boston, and the Knox Central Cheerleaders trip to compete at Disney in February were approved.

Photos from the November 25, 2019 meeting are now online at www.kcps.photos.   Video is being processed and will be posted to kcps.media once accessibility features are added.

An official copy of the Board meeting minutes will be approved at the December 16, 2019 meeting.  The December meeting will be held at Knox Central High School beginning at 6:45 pm.