Behind the scenes of the Knox Central High School cheerleading squad, you will find athletes preparing for their game.  While they are featured under the Friday Night Lights cheering on the Panthers, it was their time to shine during the Universal Cheerleaders Association (UCA) Bluegrass All Start Cheer Competition held in Louisville on November 2.

The squad of twenty eight talented and enthusiastic girls cheered into the hearts of the judges to capture a first-place win in the large varsity game day division.  With that honor comes another, a bid to attend the UCA High School Nationals at the Walt Disney World Resort in Orlando, Florida from February 7 – 9.  Their performance will be televised on ESPN 2 to over 100 million households. 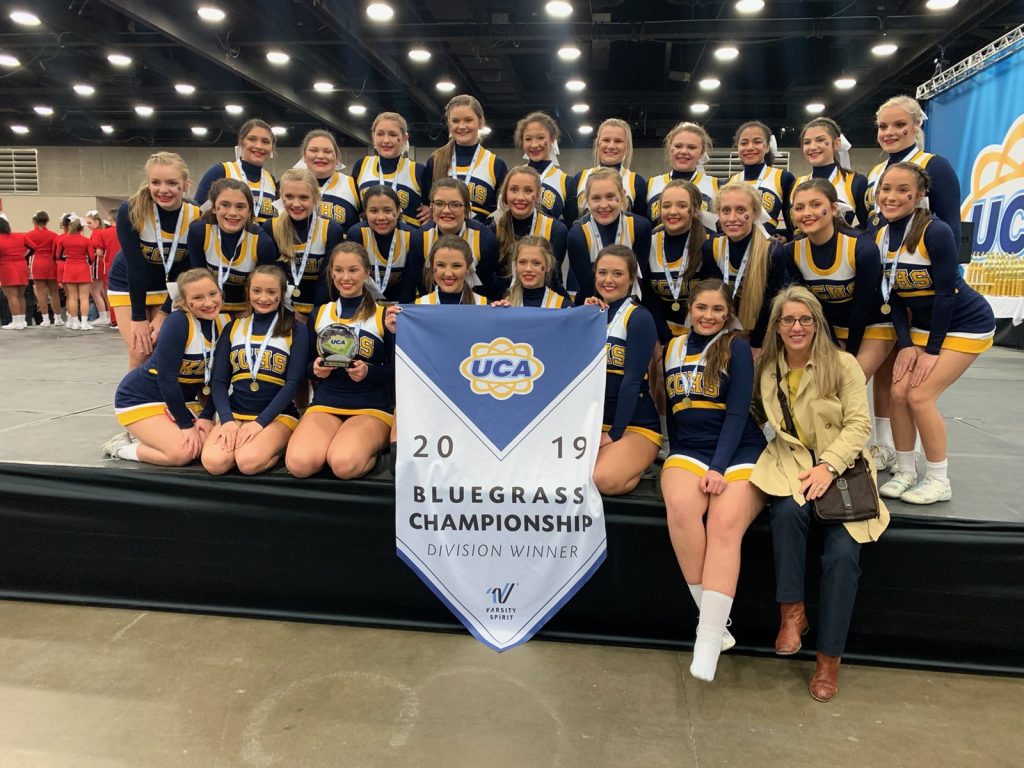 “These girls did it, they were awesome,” said head coach Joy McKeehan.

The squad’s success story does not go without a few stumbles along the way.  McKeehan shared that the team has had a few rough days of injuries and sickness during this semester.  “But these girls prevailed and they succeeded at what they set out to do.

“My motto is positivity and confidence equal success, but these girls are more than that.  They sacrifice, dedicated, determined, and push through in the end to be there for their team.

“I am truly proud of these girls and excited to see what all they do,” said McKeehan.

What’s next for the cheerleading squad?  More Friday night football games, of course, and more opportunities to show off their talent.  “We still have lots of work to do to prepare for KHSAA Region on November 23 and other competitions throughout the season.”

So whether you see them at the football game, on the sidelines during the upcoming basketball season, or at Knox Central practicing after school, give them a cheer for their support and enthusiasm that they bring fans of Panther Nation.