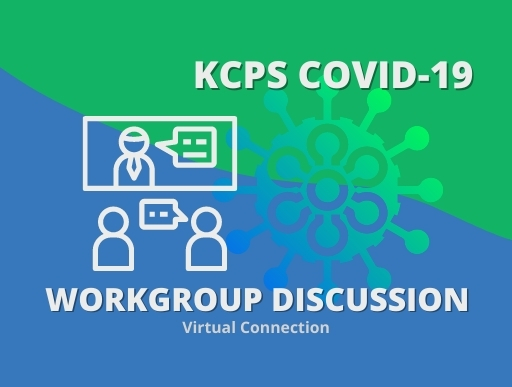 The workgroup, focused on discussing and providing suggestions and feedback, was called to order by Superintendent Kelly Sprinkles this summer as the district was moving forward with the Road Back to School planning.  This is the second formal meeting of all parties of the workgroup.

Knox County Health Department public health director Rebecca Rains provided an update on Knox County cases.  Rains stated that this week (August 10-14) was the county’s highest week.  That has put the county at a high threat level of transmission, only below the critical stage.  Rains shared that neighboring Clay County is in that critical stage and it is a concern especially for those travel to and from Clay for work in Knox.

A question from the group was concerning test positivity rates just for Knox County.  As the Governor and public health commissioner, Dr. Steven Stack, have mentioned,  it is not a simple task.  Rains explained that you can not just go by providers testing in Knox County, as residents may test elsewhere or residents of other counties may come to Knox to be tested.

Contact tracing is showing clusters of groups and families that have transmitted COVID-19.  Rains shared that it is easy to be among church groups, in businesses, family groups and social gatherings and let the guard down.  She stated that Knox has 10-12 clusters that are being traced at this time.  She stated that with the decline in travel and the increase of masks, she hopes to see Knox’s positive cases decline.

Superintendent Sprinkles briefed those in attendance on the original plans for Learning@Home and Learning@School that would have started on August 24.  He referenced the news conference held by Governor Beshear and the superintendent call from the Governor in which he informed schools that his recommendation is not to start face to face classes until September 28.

Sprinkles shared what teachers have been doing in the past two weeks to prepare both online and offline lessons for students. Video recordings by the teachers, instructional materials and readings, and assignments will all be available either via Google Classroom or on a flash drive for those with unreliable or no Internet access.  He also shared that WiFi would be installed at each school that is pointing outwards, towards the parking lot, so that families may bring their child to the school when needed to access the Internet.

He also shared that the Board will be discussing the Governor’s recommendation and looking at our originally planned August 24 start date during the upcoming Monday night Board meeting (August 17).  One option is that the Board could delay the start of school until after Labor Day and begin with Learning@Home for all students.  There would then be logistical plans to work out on planning student orientations in groups of ten or less and providing an opportunity for students to meet teachers and log in to their device for the first time.  All options discussed at the time of the workgroup discussion was based on the Board discussion and action that could happen Monday.

“From there we will see where we will go next,” Sprinkles ended by.  The statement was in regard to both the Board of Education and recommendations from public health and the Governor’s office.

The discussion turned to the needs of both students and their families during the pandemic.  Since the end of in-person classes in March, many families have experienced unplanned for expenses such as food, household good, items that they are using more of because of being at home more. Sprinkles commended the effort of the district’s FRYSC coordinators, school food service staff, partnerships with Save the Children and KCEOC to provide services throughout the summer.

Mental and emotional health was also discussed for both students and families.  There are many avenues that the district is looking at, including recommendations from the Department of Education for online and offline delivery of student wellness learning modules.

Questions were asked about universal screeners for assessment (iReady and MAP) being used during the orientation days to gather data on students before the school year begins.  Sprinkles said that the district would look into that, citing the number of students in the school at one time and the amount of time that they are there.