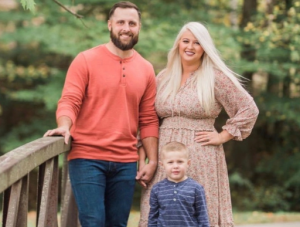 Dustin Buckner was officially named to the head coach position on Monday morning.  Buckner had served as an assistant high school football coach at Corbin since January 2018.

“After our interview committee reviewed multiple applications and conducted several interviews, Coach Buckner was the stand-out for what we expect of the Panther football program,” said Canady.

“We expect the coach to bring excitement to the entire Panther Nation, as he continues the success that Panther football is known for.”

In his assistant role in Corbin, Buckner was the wide receiver coach and supported the players’ strength and conditioning.

His football resume dates back to July 2012 when he was the head coach of the Jellico Middle School football team.  After the season ended, in July 2013, he transferred to South Laurel High to be the defensive back coach.  The next year he gained college game experience as the graduate assistant wide receiver coach at the University of the Cumberlands.

From 2015 through 2017 season, Buckner headed back to Jellico, this time as head coach of the Jellico High School football program.  During his time there the team had their first playoff appearance since 2004, first home playoff game since 2022, and the first 3-0 season start in over 30 years.  Buckner was also there for a $6,000 renovation project to the team locker room.

“My family and I are extremely grateful for the opportunity given to us to lead the Knox Central football program,” said Buckner on Monday. “We are excited to pour ourselves into this program and community.”

“We look forward to meeting Panther Nation and becoming a part of a well-respected school district and football program.”

Buckner, his wife LeeAnna, and their son Knox will be formally introduced at a welcoming event and press conference to be held in the near future.  The date, time, and location will be announced in advance.