Change was the theme of the Knox County Board of Education’s first meeting of the new year held on Monday, January 28, 2019.

New leadership, new date and time for meetings, and a different approach to serving adult learners were among the changes that occurred during the meeting.

Before any action occurred the Girdler Elementary kindergarten class led the Board in reciting the Pledge of Allegiance.  Members Dr. Tom Ashburn and Charles Merida presented each student with an American Flag coloring book and a reading book.

The first change of the evening was the swearing-in ceremony of board members. Returning board member Gordon Hinkle took the oath for the second time.  Hinkle was unopposed in the November election.  Newly elected member Carrie Runyon was sworn-in for her first meeting.  The oath of office was conducted by the Honorable W. Skip Hammons.

Hinkle and Runyon continued to be in the spotlight for the first communications item of the evening, the recognition of Board Members for Board Appreciation Month.  Each January the Kentucky School Boards Association and other associations across the nation pause to recognize the service of board members to their schools and community.  Superintendent Kelly Sprinkles spoke about the members before presenting each with a certificate issued by KSBA.  Behind the board meeting table were banners lined up for each member with signatures of students and staff from schools in their district.

The recognitions continued as members of the district and school finance team were recognized by the Board.  For several consecutive years, there have been no audit findings at the school or district level, giving Knox County a clean audit.  Many of the school bookkeepers and district staff serve multiple roles in their job, and the audit report reflects their commitment to accuracy and accountability for all funds.

Next item on the agenda was to set the date, time and location of all Board meetings in 2019 and the first meeting of 2020.  The Board decided to keep the 4th Monday as their regular meeting day, but move the start time to 6:45 p.m. to allow extra time for members and attendees to be able to arrive.  Exceptions to this include the February 25th meeting which will be held at 5:30 p.m. due to the start of the district tournament that evening.  The June and December meetings will be held one week earlier than normal.  A complete calendar is on the KCPS website.

Change in leadership was next on the agenda.  The Board voted to elect Jimmy Hendrickson to serve as chairman and Charles Merida to serve as vice chairman for the next year.  The titles were previously held by Gordon Hinkle (chair) and Dr. Tom Ashburn (vice chair).

Other items approved by the Board on January 28th include:

Minutes from the January 28th meeting will be available after approval at the next meeting, scheduled for February 25 at 5:30pm.

Additional photographs from the meeting are available in the KCPS Photo Gallery.  Video is available from kcps.media. 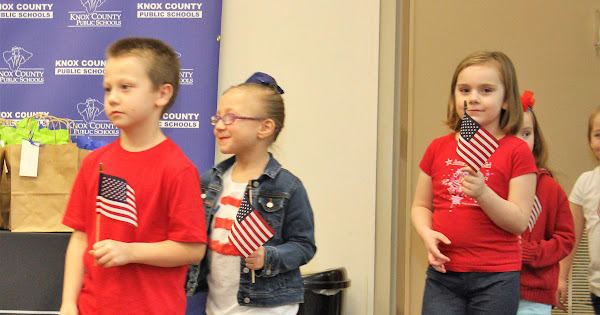