Expect Lynn Camp athletic games to be louder and more engaging this year as the school announces a new head cheering coach, assistant, and volunteers. 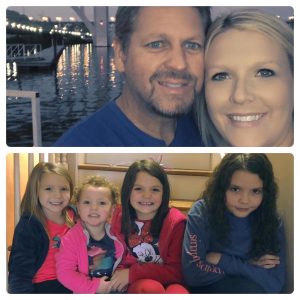 Kimberly Brafford, new head coach of the squad, graduated from Knox Central High School and earned a Bachelor’s Degree in Elementary Education from Eastern Kentucky University. She later earned a Master’s degree in Supervision followed by a Rank I from Union College.  Kim currently lives in Corbin with her husband (Jimmy), four daughters (Cali Jo, Rayni, Billa, and Jayda)

Kimberly cheered throughout grade school, middle school, as well as four years at Knox Central High School. She has always held a passion for cheerleading and is excited to get this season started.

As far as hobbies, she and her family love all sports and can’t wait to cheer on the Wildcats as a coach and family. She loves to travel and loves spending time with her girls and family.

Her goal as the Lynn Camp Wildcat’s Cheer Coach is to “ultimately be the best squad, and show everyone just what this team is capable of!”

Joining Brafford on the sidelines will be assistant coach Janie O’Kuma. 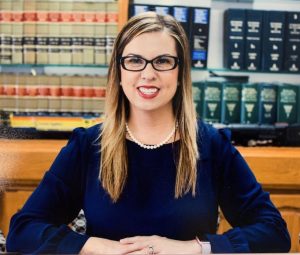 Janie O’Kuma was born and raised in Gray, Kentucky and is a graduate of Lynn Camp High School. She pursued post-secondary study by attending Somerset Community College with a major in Business Administration. She has been married to her husband, Johnathan, for 25 years and has five children.

In her youth, Janie had a passion for cheerleading and has cheered pretty much her entire life.

Janie works as a Human Resource Manager at Progress Rail Services. She enjoys spending time with my family, traveling, shopping and cooking.

Her mission as a cheer coach is to “provide a safe and fun learning environment for each girl to develop and further their cheerleading skills, and overall love for the sport of cheer.”

Brafford will have volunteers assisting her as well, two familiar face for Janie, her daughters Bailee and Madison O’Kuma. 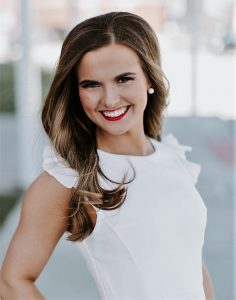 Bailee O’Kuma is a graduate from Corbin High School and currently a sophomore at the University of the Cumberlands with a double major of business/health care administration.

Bailee cheered four years of high school cheer, as well as middle school. Likewise, she competed on Gail Frederick’s Gymnastic team. Bailee has won numerous awards and recognitions in cheer career at Corbin High school, including 3x KHSAA State Champion, UCA National Champion, a pin it forward recipient, and a 3x Girls/Boys In Game District/region In Game Champion. Bailee has always had a passion for cheerleading and gymnastics since she was 3 years old.

Bailee’s hobbies include CrossFit, traveling, spending time with family and friends, and going hiking.  Bailee has high hopes for the 2019 cheer squad and for the future of Lynn Camp’s Cheerleading program. Bailee believes we have the opportunity for greatness in this program. We have the support from our athletic program and whole school.

“My goal in the coming years is to develop Lynn Camp cheerleading team into a dynamic competitive program with athletes who act out their faith on and off the mat.” 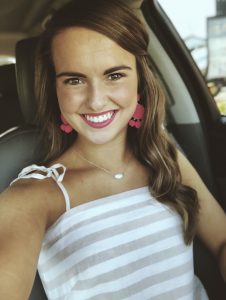 Madison O’Kuma is a graduate of Corbin High School and currently attends the University of the Cumberlands where she is pursuing a double major in Accounting/Business Administration.

Madison cheered three years of high school as well as middle school and competed on Gail Frederick’s gymnastic team. Madison has won numerous awards and recognitions in cheer at Corbin High school, including UCA National Champion and a two-time state champion. Madison has always had a passion for gymnastics and cheerleading since she was five.

Madison’s hobbies include traveling, shopping, working out, and spending with her family and fiancé Braden Miller.

Her mission is to emphasize and teach the importance of safety, discipline, tumbling, cheerleading, dance, hard work, dedication, and loyalty. Her goal is for you to become amazing athletes but even better adults.