Twenty nine students from Lynn Camp Schools made their commitment to further their education during College Signing Day held on March 29 at the school.  Unlike other signing days that make the news, these students were not being featured for their athletic abilities or advancing on to a national league.  These students demonstrated the knowledge and skills to be admitted into a post-secondary college, university, or technical school once they walk across the high school graduation stage in May. 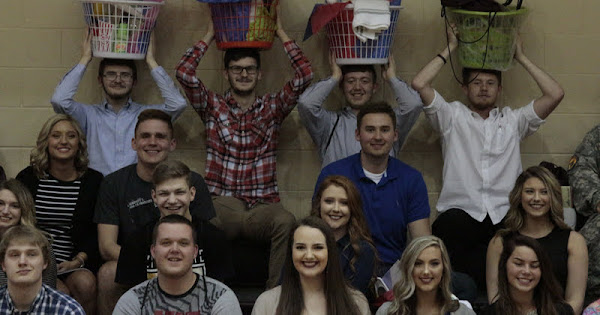 In addition to receiving gifts from the institution they were admitted to, students received a variety of college necessities from flip flops, laundry baskets, pencils, and popcorn buckets.

The event was coordinated by Dana Pope, academic specialist with Gear Up at Lynn Camp Schools.  Family members were in attendance to cheer on their child when their name was called by representatives from each institution.  A catered meal was also provided afterwards.