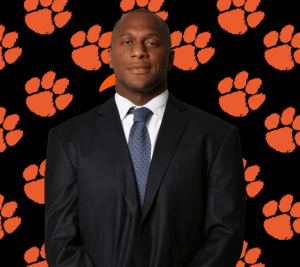 There is a new face to the Lynn Camp Lady Cats Basketball program following the passing of former coach Richard Jones.

At 10 am on Monday morning, June 10, the school leadership and athletic director will hold a press conference to officially welcome Rodney Clarke as head coach of the girls high school basketball program.

In a pre-conference interview, athletic director Rob Ledington provided background information on Clarke’s history and what excitement he anticipates Clarke bringing to the Cats.

We are extremely excited about the future of our ladies basketball program with addition of Rodney Clarke as our Head Coach!  Coach Clarke has a tremendous resume and background in coaching.  He has spent the last six years as an assistant at the college level, including the University of the Cumberlands, where he played and graduated.  Coach Clarke has also experienced coaching at the high school level, both at a public and a private school.  He has coached in three different states, Michigan, Alabama, and of course Kentucky.  Additionally, he has worked at several highly touted basketball camps, including the University of Kansas, Florida and Tennessee.
Coach Clarke comes highly recommended by Coach Butcher from the University of the Cumberlands, as well as many other respected coaches in the profession.  I believe Coach Clarke’s character, personality, and his wide range of coaching experiences, make him one of the most qualified coaches in our region!  I am personally thrilled with the hiring of Coach Clarke, and the direction of our women’s basketball program!