While there was snow in the forecast, Knox County’s archery teams brought heat to the competition at Corbin High School’s Snowball Shoot held on Saturday, January 19.  The tournament was a state qualifier for the teams.

Coach Robert Dunaway has his target set high for the team.  “We have not even come close to reaching our pinnacle and even though we win or place in a tournament here and there,” stated Dunaway.

“(The team) has the talent to win every tournament and go all the way to nationals and even the world tournament. Knox Central archery should be the team to beat at all venues.”

Lynn Camp’s coaches were equally proud of their team’s accomplishments at the shoot.

“We had Julia Shepherd and Harley Profitt place in the top 10 for high school girls,” shared coach Jonathan Stephens.  “Coach Chris Hammons and I are very proud of all Lynn Camp archers.”

Lynn Camp’s archers were also sporting new jerseys at the tournament, showing off their orange and black school tradition.

Results for Knox Central Archery at the Corbin Snowball Shoot:

Results for Lynn Camp Archery at the Corbin Snowball Shoot:

Photos from the Snowball Shoot are available in the KCPS Photo Gallery: 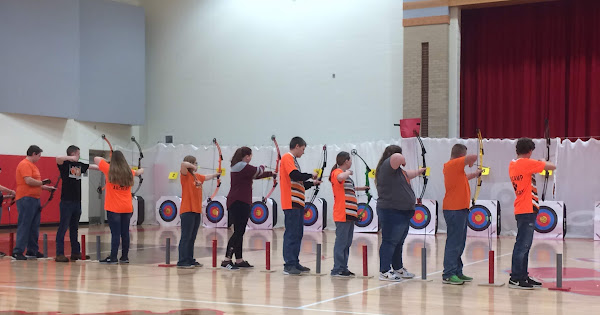