It was a night filled with recognition, precision, and leadership for the Knox County JROTC program on Saturday, April 20.   Each detail of the program well scripted, and cadets well prepared to attend such an important event. 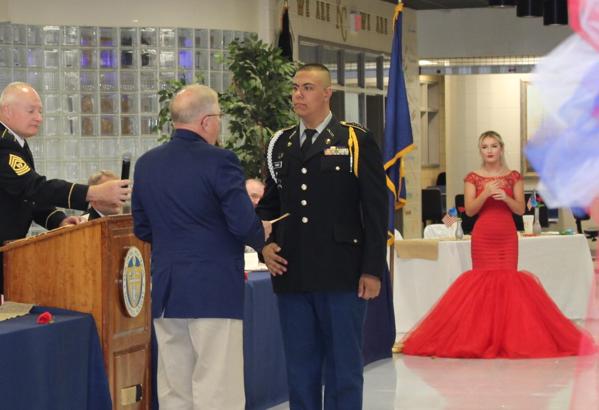 Over 100 Cadets, their family members and guests attended the 2019 Knox JROTC Military Ball.  This was the 8th in the program’s history.

Guest speaker principal Mr. Jeff Frost presented an outstanding discussion of leadership and displaying moral behavior at all times both in uniform and out.

The awards portion was completed by a presentation of the Gold Star pin to all Cadets, in recognition of the JROTC program’s honor unit status.  All members of Knox JROTC will be entitled to wear this unit award, including upcoming Freshman and transfer student/cadets.

Photos from the event are available in the kcps.photos gallery: 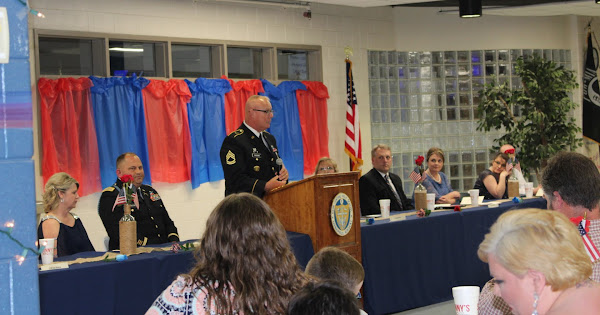