The students and staff at G.R. Hampton Elementary continue to receive accolades for their achievements on the 2019 K-PREP assessment.

“SESC [Southeast-South Central] is pleased to recognize GR Hampton Elementary School for the growth of its students on the state assessment in 2019,” said executive director David Johnson of the education cooperative.

“To have the greatest growth among Kentucky’s more than 700 elementary schools is an indication of the hard work of the school’s students and staff and of the outstanding leadership of its principal, Mr. Frederick.” 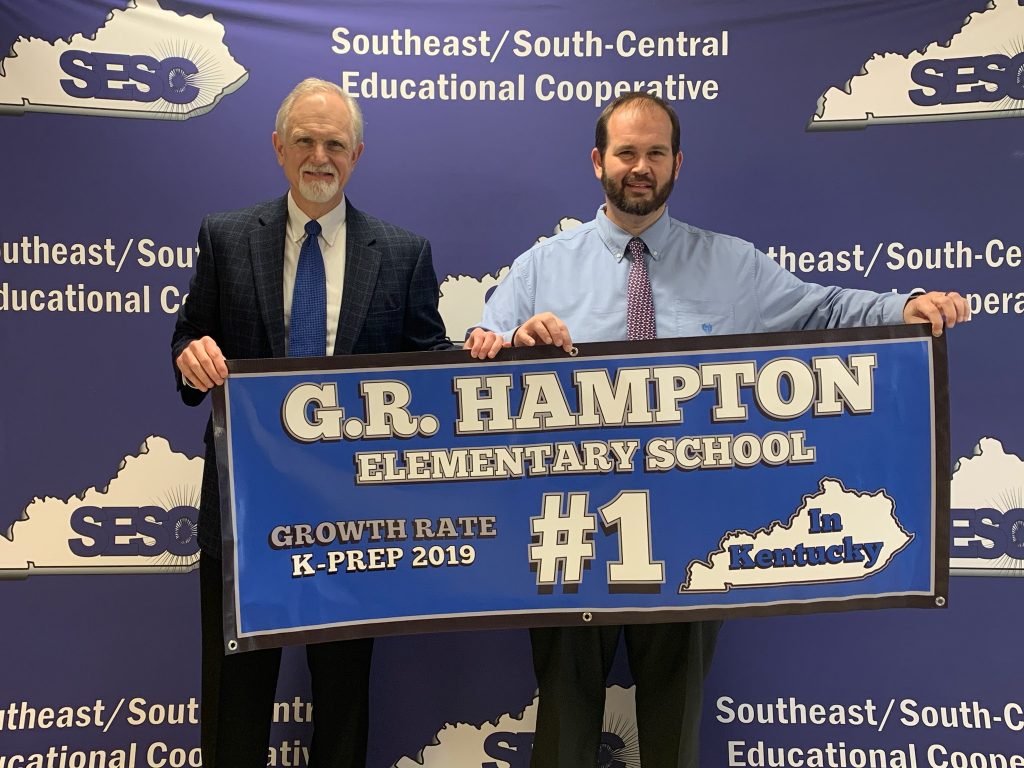 Brian Frederick was presented a banner from Johnson recognizing Hampton as the number one elementary school in Kentucky for growth.

“Thank you to the students and staff of GR Hampton for representing our region so well. SESC is proud to have GR Hampton and Knox County Schools as a member of Southeast/South-Central Educational Cooperative,” Johnson went on to say.

This is not the first time that G.R. Hampton has been recognized for last year’s achievements.  SESC, former Commissioner of Education, and others have extended their congratulations to the school.

I’m truly humbled to lead such an awesome group of people,” said Frederick.” This accomplishment could not have been possible without the commitment of all; parents, teachers, students, and classified staff.  At the end of the day, this proves that where you live doesn’t determine your fate.”