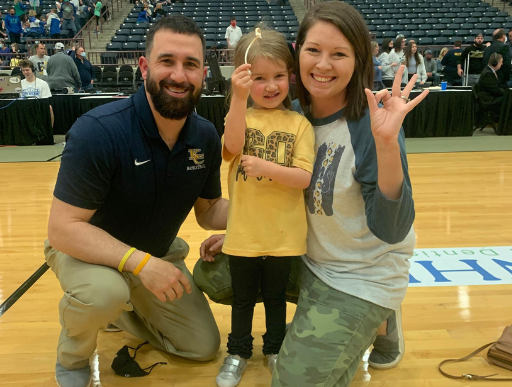 Knox Central Athletic Director Jeff Canady expects the success from prior years to carry over under Mills’ leadership.

“We’re very excited about Kris,” he said. “He knows the game very well, and has a great relationship with the players. During his time here as an assistant, he has helped grow the basketball program to where it is now. We expect that success to carry over under his leadership. We look forward to the upcoming basketball season.”

As a former student athlete at Knox Central, Mills has been a part of the school for the majority of his life. He relishes the opportunity to lead the team as the head coach.

“I’m from Knox County and have lived here my whole life,” he said. “I went to Knox Central, and graduated from there. I bleed blue and gold. It’s an honor to be named the head coach. I am very excited to get to work, and look to continue the success that we have been experiencing over the last decade or so.”

“I learned a lot in my four years under coach Patterson,” he added. “You’re going to see a lot of the same things; it’s been working. I like to get up-and-down the court, and put a lot of pressure on the ball defensively. I think we have the talent and the work ethic to continue to headway in the region. We’re going to work hard and put a product on the floor that our fans and our community can be proud of.”