Through a collaboration with the Knox County Sheriff’s Department and the Barbourville Police Department, the district will have a resource officer at each school to greet, educate, and protect students.

“We have been very pleased with the work that Sheriff Mike Smith and his SROs (school resource officers) provide for the district,” said Superintendent Jeremy Ledford.

“We have had four in place, rotating schools, for several years.  They have been in classrooms conducting lessons on the various dangers to students, walking the halls getting to know students, and serving as protection,” said Ledford. 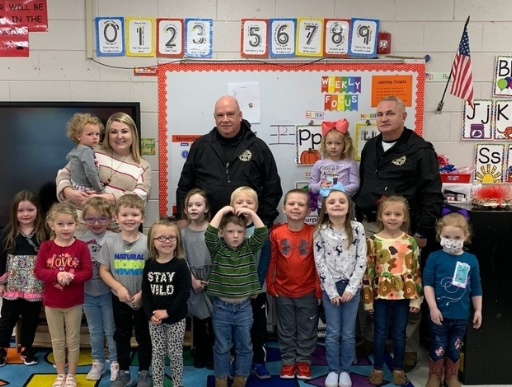 Ledford continued to say that having the officers in schools has been a way to create positive relationships between them and students.  The students know that there are trusted adults they can talk to, whether it is an issue at school or elsewhere.

Police officers from the Barbourville Police Department will help the district have enough resource officers for each campus when school starts.  With four currently in place through a contract with Knox County Sheriff’s Office, help will be needed until others are hired.

“We appreciate Barbourville Chief Winston Tye for partnering with us to provide the extra coverage until all resource officers are in position,” explained Ledford.

The school district is working with Sheriff Smith’s office to recruit, train, and get additional officers in place from his office.  At their July meeting, the Knox County Board of Education will renew their contract with the sheriff’s office for SROs.  The agreement will expand from four to eleven, allowing each campus to have its own officer.

“The Knox County Sheriff’s Office is strongly committed to enhancing the safety of our students and school personnel through this new initiative,” said Smith.

“I would like to thank Superintendent Jeremy Ledford and the Knox County School Board for this combined partnership and their commitment to the safety of our students and school personnel.”

Currently, the sheriff’s office is taking applications for any certified, academy-trained, police officer that would like to serve in the SRO capacity.  Those who qualify to be employed must also attend training specifically for officers working in schools.  If interested, please contact Sheriff Mike Smith at (606) 546-3181 or visit their office in the former Knox County Detention Center at 103 Jail Street in Barbourville.