Lynn Camp’s Beta Club is continuing its tradition of student and team success at the Kentucky convention.  It was held in Lexington January 15-17.  The state theme for the year was, “The Power of Beta”, and by the list of award winners, Beta is powerful at Lynn Camp. 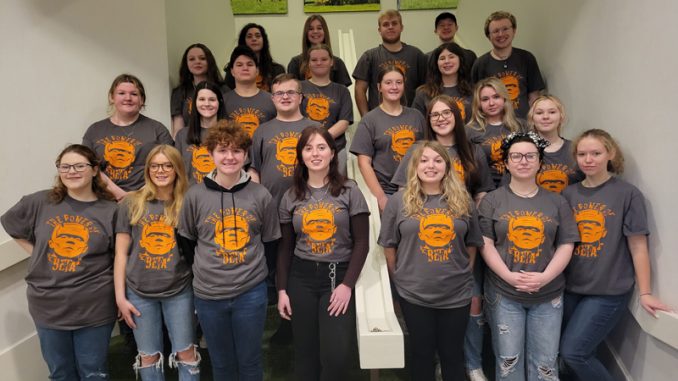 “We are so proud of our Betas,” said co-sponsor Brooke Williamson.

“Not only are they excellent students and community service volunteers, but they also spend countless hours preparing to compete at the state Beta Convention.

“Their hard work and dedication have paid off. We are so excited to showcase them at Nationals again this year!”

Lynn Camp earned 10 awards and 12 out of the 23 students who attended now qualify for the National convention being held in Louisville this summer.

Arabella Pennington was chosen to lead all the Beta members in reciting the Pledge of Allegiance at the opening session.