How do you make real-world connections in Spanish class?

A grant from Berea Promise Neighborhood in conjunction with the KY Arts Council helped bridge the gap between Appalachian and Latino culture.

Yani is a professional musician who, through his work with the groups Cornbread & Tortillas and CornMaiz String Band, displays the connections between Appalachian and Latino culture, music, and dance.

Students learned social dances and music from Appalachia as well as dances and songs that featured the Latin dances merengue, salsa, and cumbia. For his final session, Yani brought in sorghum that he grows and processes with his father in Mercer County, introducing the students to “gravy horse” (sorghum mixed with butter) on biscuits provided by the Knox Central cafeteria.

View more photos of Yani’s visit to Knox Central in the kcps.photos gallery. 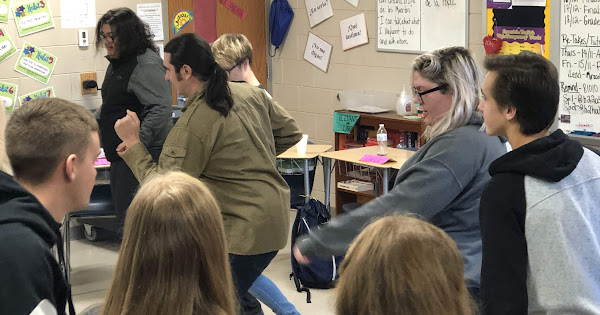