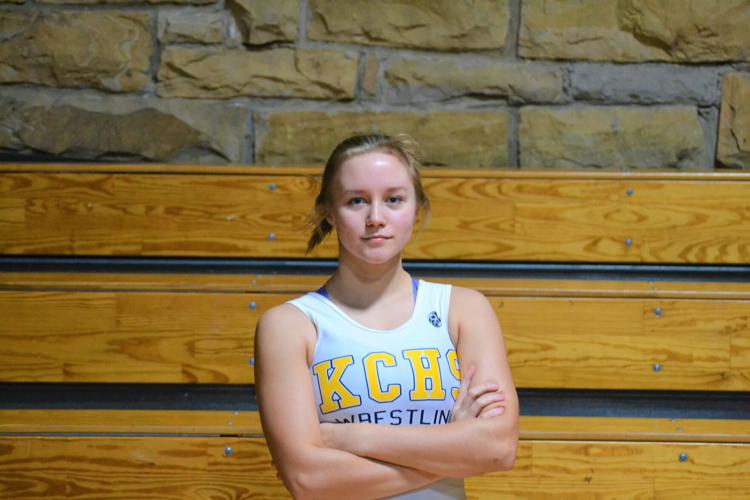 This athletic coverage is provided by our local media partner, The Mountain Advocate.  Excerpt follows.

“I’m very excited to get this season started,” [Partin] said. “I plan on finishing first this season. Last year I placed fifth in the state, and I think I will be even better this year.”

“I really want to beat a guy this year,” she said. “I’ve never seen a girl that has been able to beat a boy since I’ve been wrestling. I held my own with quite a few of them last year, and I think I’m even stronger this year, and can do even better. I feel like I’ve gotten a lot stronger, and still feel like I have a lot to learn.’

Partin hopes that her participation and success will entice more young women to join the male-dominated sport. Her recommendation: try it out.

“He’s awesome,” she said. “He does a really good job of making sure we’re all prepared. He will walk us through everything at practice and show us exactly how to do things the right way. He’s very knowledgeable about the sport.”

Luttrell praised Partin’s natural ability and her coachability. He also stated that her work-ethic and focus have made her a threat on the mat this season.

“She’s going to have a great year,” he said.